We have a great new position working closely with our HR manager to provide people and culture support across our offices in Sydney, Melbourne and Wellington

Our Sydney office is looking for an IT Support Analyst

Our Sydney office is looking for an Actuarial Manager

Our Sydney office is looking for actuarial and analytics consultants.

We're after a Sydney-based full-time or part-time senior consultant.

We have a great new position working closely with our HR manager to provide people and culture support across our offices in Sydney, Melbourne and Wellington

Our Sydney office is looking for an IT Support Analyst

Our Sydney office is looking for an Actuarial Manager

Our Sydney office is looking for actuarial and analytics consultants.

We're after a Sydney-based full-time or part-time senior consultant. 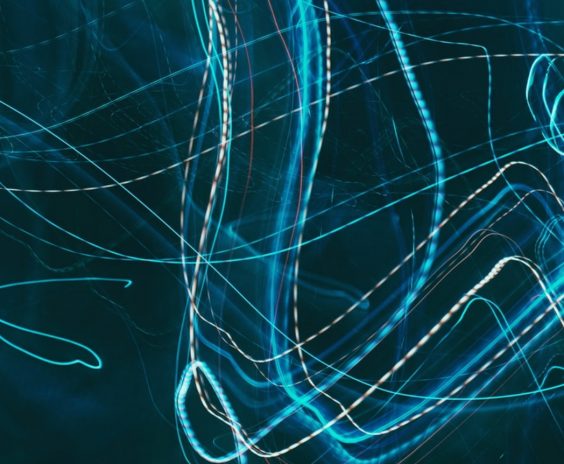 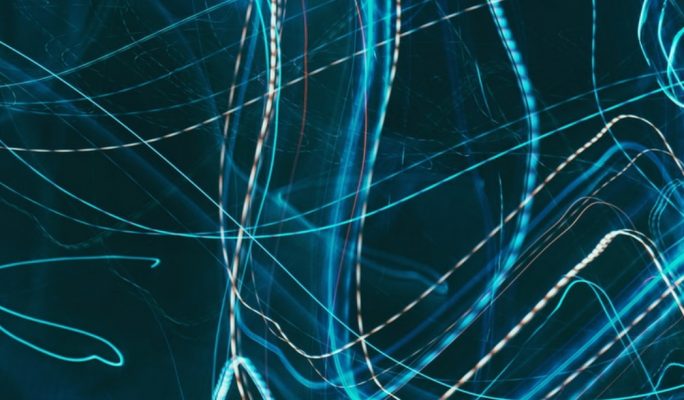 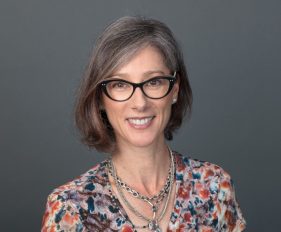 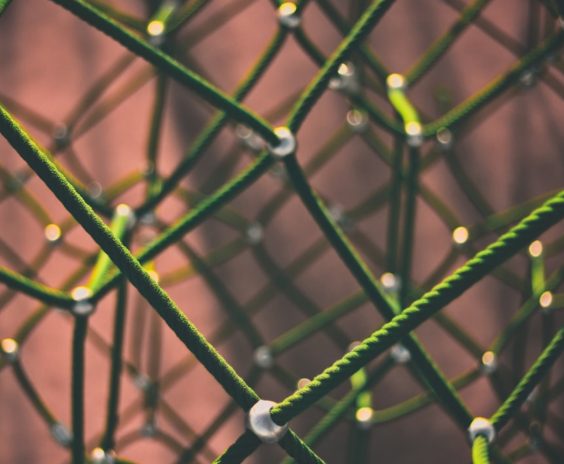 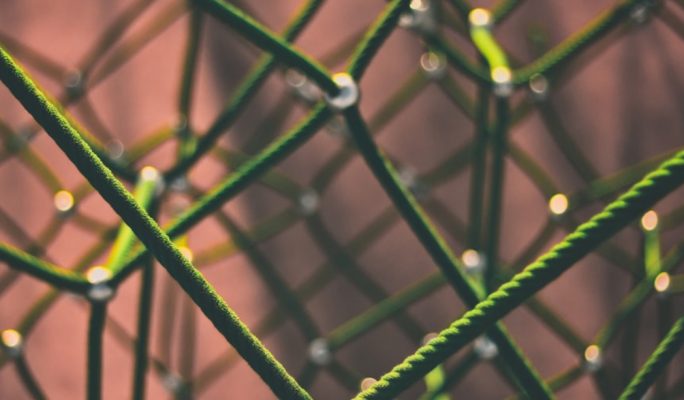 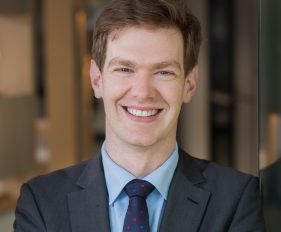 Models are often built on the high-quality data we can see, but ignore valuable information that falls outside our usual data collection

Extreme weather events show no sign of abating and as New Zealanders attempt to deal with the fallout, nothing it seems is immune from scrutiny – from solvency and premium increases to property values and the cultures embedded in the insurance industry itself. Ross Simmonds reports

Last year was another eventful one for the New Zealand insurance market, with losses from weather-related events again high ($226m in 2018 and $243m in 2017), suggesting more frequent large-loss weather events are here to stay. Insurers have responded to this by raising premiums, which has helped them remain profitable. Consumer Price Inflation data shows that insurance premiums for all personal lines classes of business have increased over the past two years, with double-digit increases in home premiums for both years. 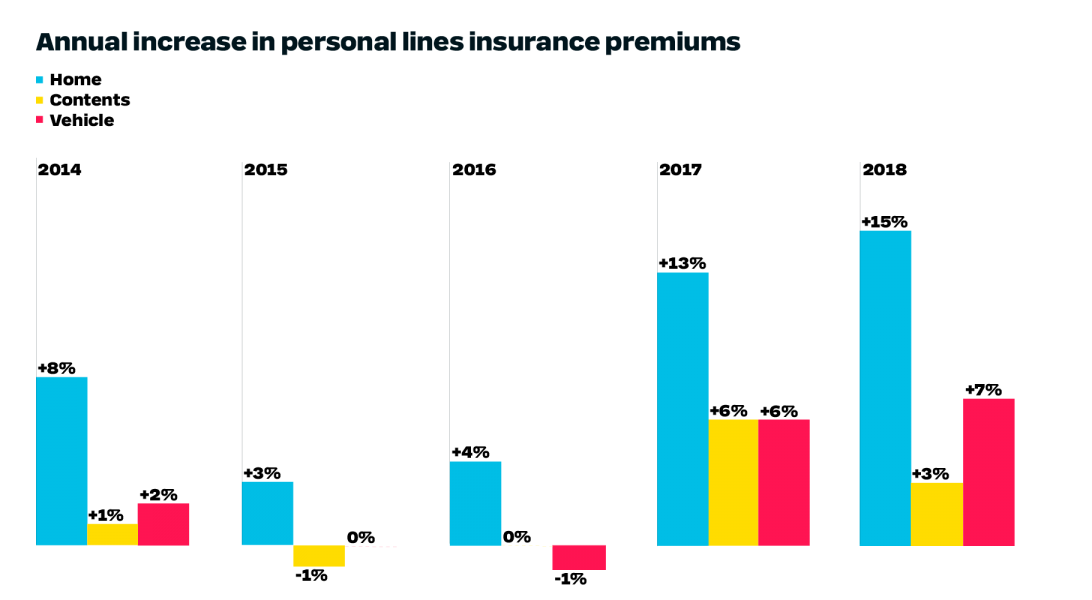 2018 also saw two insurers, Tower and IAG, increasing the level of risk rating applied to home insurance. The increase in risk-based pricing was initially focused on earthquake risks and resulted in higher premiums for regions such as Wellington, Marlborough, Wairarapa and Hawkes Bay, with reports of premium increases in the thousands of dollars for some risks.

The focus on risk rating early in 2019 was marked by reports that IAG – the largest insurer in New Zealand, accounting for roughly 44 per cent of the market[1] – was not accepting new home or contents risks in the Wellington region. While IAG has denied this is a blanket policy, it is nonetheless clear the company is looking to limit its exposure to risk in the Wellington region. This decision is driven by the higher solvency requirements for Wellington risks, given the city’s high exposure to earthquake risk. Real estate agents are worried about the impact this may have on the housing market, given banks require homeowners to hold insurance on mortgaged houses.

While the current issue is focused on Wellington and earthquake risks, this should be ringing warning bells for property owners exposed to other risks such as flood and rising sea levels. Insurers are not obliged to offer cover, especially if they feel the risk is too great, and this will impact property values. Responding to media questions on IAG’s stance in Wellington, Commerce and Consumer Affairs Minister Kris Faafoi noted the government is watching the issue closely, but is still “a long way away from intervention”.[2]

We expect insurance pricing, and the impact this may have on private market willingness to insure high-risk areas, will remain a topic of contention. This may see government involvement at some stage in the future, especially if affordable cover is not available.

Regulatory review remains a key item on our radar. Three recent developments are: 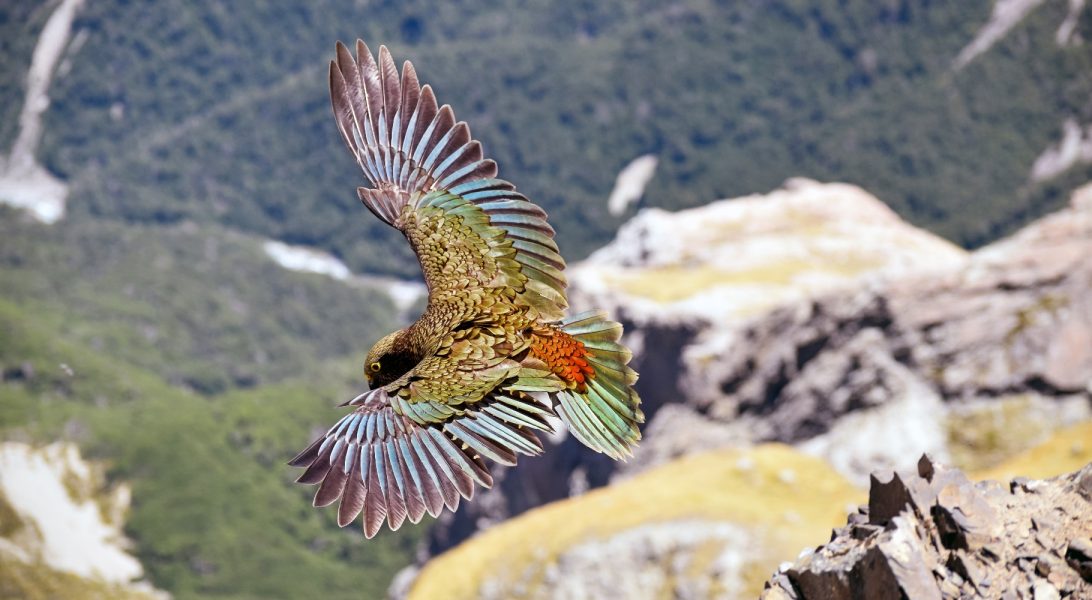 This review was undertaken in the second half of 2018 and identified a lack of focus on good customer outcomes in the NZ life insurance industry, with some insurers viewing third-party advisers as the customer rather than the policyholder themselves. A key recommendation of the review is the expectation that insurers “remove or substantially revise incentives linked to sales for frontline salespeople …”[3] by 2020.

While the review has focused on life insurers, it recommends that “all insurance sectors should be actively considering conduct risk within their business. Given the similarities between life and non-life insurance, it is possible that the vulnerabilities identified … may exist across the broader insurance industry. We expect all insurers to assess their conduct and culture governance frameworks, and consider and act on all relevant recommendations …”[4]. This highlights there is likely to be a focus from the regulators on how insurers are:

Reduction in solvency ratios for general insurers – capital requirement rises on the way?

RBNZ’s May 2019 Financial Stability Report[5] noted there had been a reduction in the solvency ratios across all classes of insurers, with the reduction mainly attributable to larger insurers.

The following chart shows the annual change in the solvency ratio for the 12 largest general insurers, taken from their latest financial accounts. It covers only those insurers who report solvency under RBNZ solvency standards. Several insurers are exempt from these standards and are instead subject to solvency requirements from their home regulators. 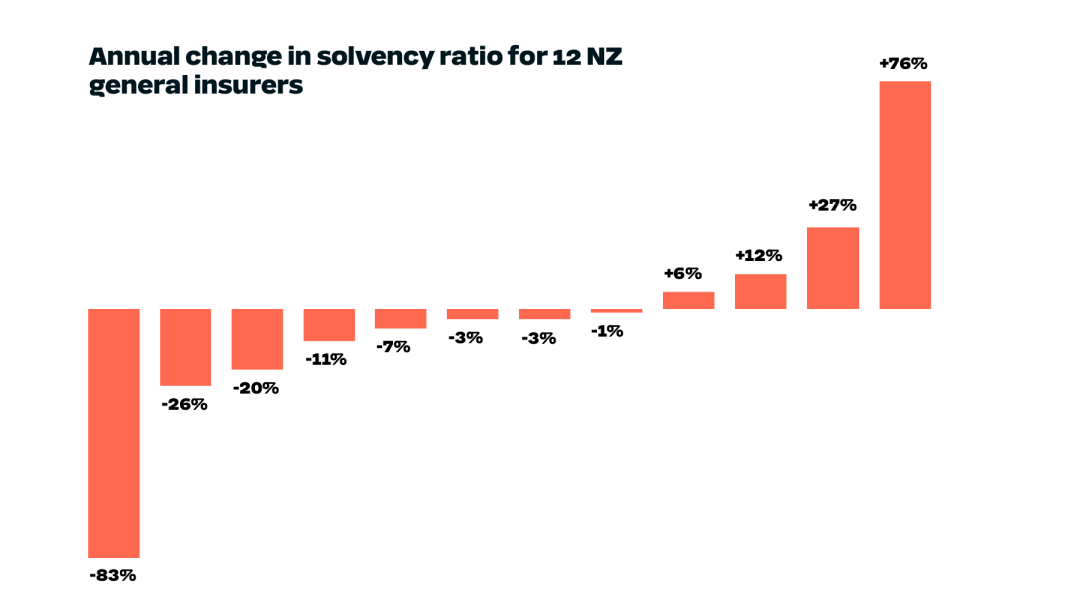 The chart shows solvency ratios experienced a range of changes over the past financial year among general insurers who report under RBNZ solvency. The four largest reductions in ratios were all predominantly due to reductions in levels of actual solvency capital. Of these, two reductions were due to dividend or capital repayments where companies had consciously reduced their capital levels. The remaining two reductions were due to retained losses (which erodes capital) over the past financial year.

During 2018, the RBNZ reviewed the Capital Adequacy Framework for banks and is proposing increases in the capital requirements for banks following this review. It is clear RBNZ expects insurers to maintain a prudent level of capital above the minimums set out under their solvency requirements, and they are considering requiring insurers to maintain solvency buffers as part of their forthcoming review of the Insurance (Prudential Supervision) Act 2010. If a solvency buffer was introduced this would effectively require insurers to hold more capital which will likely result in increased costs for consumers.

Liquidation of CBL Insurance – lessons for the market

CBL was placed into liquidation in November 2018, although an interim liquidator was first appointed in February 2018. While CBL was regulated by the RBNZ, most of its business was written in overseas markets, predominantly Europe. The main factor that has contributed to the failure of CBL was significant growth in the volume of French builders’ warranty insurance. A key characteristic of this class of business was that it was particularly long tailed, with a 10-year claim notification period. In July 2017, the RBNZ directed CBL to maintain a solvency ratio of 170 per cent, due to concerns about the adequacy of CBL’s reserving. Subsequent increases in the reserve levels resulted in CBL breaching its 170 per cent threshold in late 2017. An independent review of CBL’s reserves commissioned by RBNZ was released in February and resulted in CBL’s solvency levels falling below their minimum levels required under the solvency standards. The first liquidators report in December 2018 found CBL was insolvent at the date of the interim liquidation.

What does this mean for the NZ general insurance market? RBNZ has commissioned an independent review into its supervision of CBL to identify lessons for itself and the insurance regulatory regime in NZ. This report has just been publicly released and has been viewed as being critical of RBNZ’s handling of CBL, with a key finding being that RBNZ failed to act decisively on concerns they had around CBL’s financial strength. The report also makes recommendations around strengthening solvency standards, which will potentially require insurers to increase levels of capital. There may also be more scrutiny from the regulator on the strength of insurers’ reserving processes, although the report recommends that the RBNZ allocate more resources to their supervisory team, so this may take some time to develop.

The big issues ahead? Insurance affordability and insurer cultures

Insurance premiums, particularly for personal lines, have continued to increase and the recent increased focus on risk pricing is likely to see more press on large premium increases. At the same time, insurers are likely to see an increased focus on culture, conduct and financial risk, via solvency levels. We would expect this to result in increased costs for insurers, causing further pressure on premiums. Insurance affordability and availability will remain a big issue for NZ in the next year and beyond.

Ross has more than 20 years of experience in pricing, reserving, strategy and analytics. He has held Appointed Actuary roles and works in Wellington 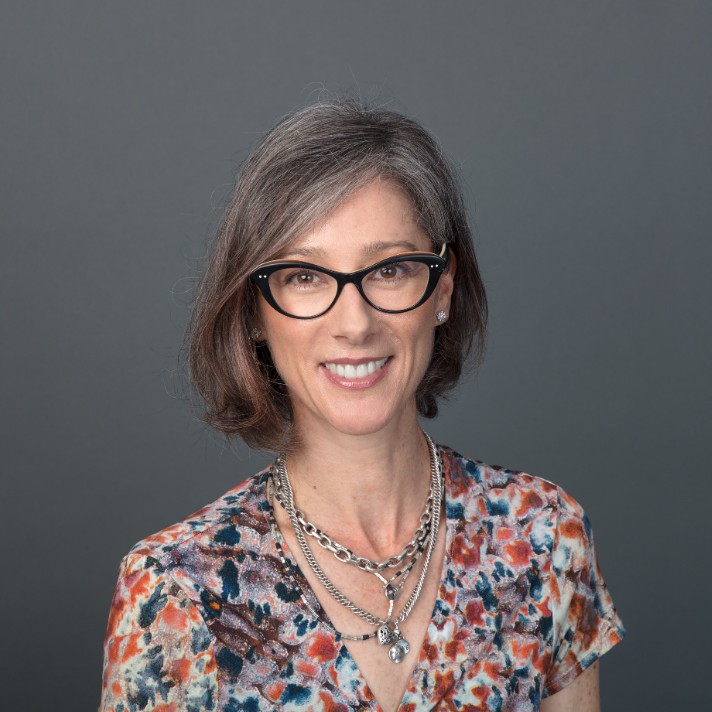 Models are often built on the high-quality data we can see, but ignore valuable information that falls outside our usual data collection

Other articles in
General Insurance

Other articles in General Insurance 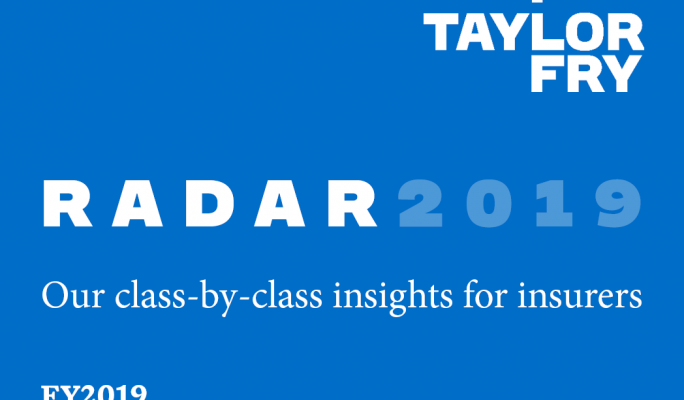 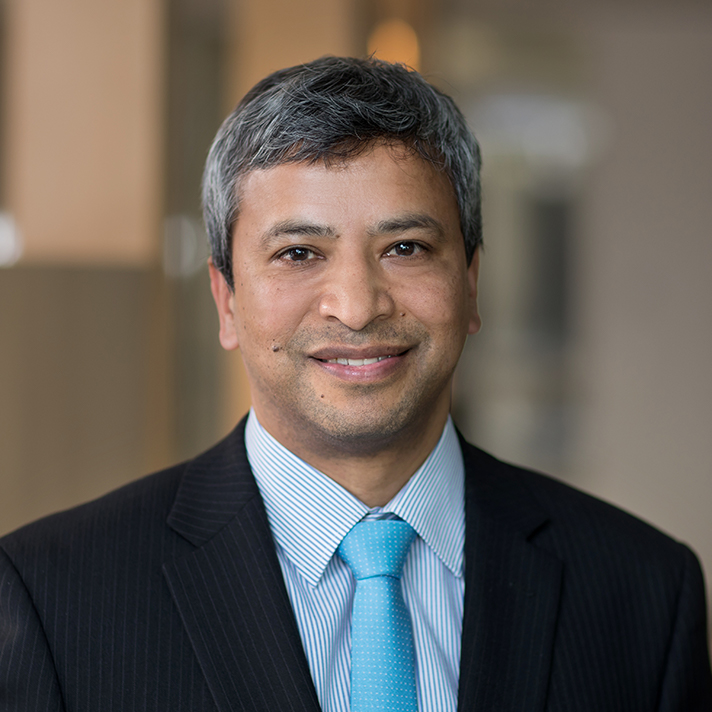 Welcome to RADAR, Taylor Fry’s inside look at the general insurance industry, the state of the market and what it means for insurers